How to host multiple Node.js applications with multiple different domains on one VPS with Nginx

First things first, if you bought your domain elsewhere then you first need to point that domain to your server. You basically have two options here

Now, if you do that for multiple domains they will all point to your server's IP and show the same thing, essentially the thing which is running on port 80 (and that, in our main Nginx installation, will be a default Nginx welcome screen). If you have multiple Node.js applications, which are running on different ports, and you want to pinpoint the domains to that particular applications, then this is where the Nginx comes in so that it takes the requests for each domain and routes it to an appropriate port where the appropriate Node.js application is running. Basically, what Nginx does in this case is called reverse proxying.

Forever keeps your application running when it crashes but if VPS is rebooted it won't start anymore. Simple cronjob solves this issue. Create starter.sh in your application's home folder and copy the following code:

where main.js is your application's main script. Add to crontab the following line: @reboot /path/to/starter.sh.

I've been playing with my VPS that I bought from WeLoveServers.net and I previously wrote about how to set up your VPS from scratch. Here I'll show just brief commands for installing a MEN NPP stack (MongoDB, Express, Node.js, Nginx, PostgreSQL, PHP) on my CentOS machine.

How to set up your own VPS from scratch

I bought a VPS on a sale on WeLoveServers.net for a crazy 48$ a year with 2GB of RAM. If you know a cheaper one, please share it in the comments. Anyways, since this is a barebones setup, I had to set it up myself and this is how I did it.

I followed a great tutorial from DigitalOcean: https://www.digitalocean.com/community/tutorials/initial-server-setup-with-centos-7 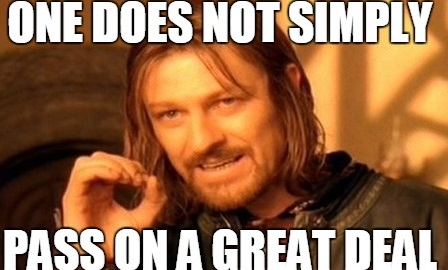 The guys at WeLoveServers.com are having an anniversary sale. And a sale it is indeed! If someone knows of a better option please share it in the comments!

In order to use the sale, visit their site through my aff link: http://core.weloveservers.net/aff.php?aff=584 and after this click on any of the sale links below.

They're offering the following two options:

Settings and additional options which you can set during the signup are: You can buy additional RAM, storage, bandwidth, IP addresses, and even set a location of your server (TX, CA, NY, FL, UK). True, originally you don't get any admin panel, but they offer a cPanel for 14.95$ a month if you really need one.

Anyways, I got myself one of the LEB 2GB and so far I'm very pleased with it and I have to say kudos to the customer service. We'll see how this goes in the future - of which I'll update you on this blog.

First you have to install NodeJS. You can do that via package manager for your distribution. In my case (RHEL) it is easily done with:

You will get output similar to this:

To have the binaries in my path every time I log in I added this alias to my .bashrc:

How to use crontab in specific use cases

Here I will post non standard and 'out of the ordinary' crontab settings. A note to myself (ANTM): crontab file in Centos is located in /etc/crontab. Lets start:

Run a cron job every 5 minutes but starting from minute 3.

but there's much cleaner way of doing it:

More info can be found on this Stack Overflow question and also another option is suggested here and goes like this:

Run a cron job every 5 minutes

Getting Started with Node.js on Heroku on a Windows machine

Heroku is a cloud platform as a service supporting several programming languages which lets app developers spend their time on their application code, not managing servers, deployment, ongoing operations, or scaling...

If you tried to get your feet wet with Heroku by deploying Node.js application, you must have come across this article on Heroku's documentation (and you also may have run into problems when starting Foreman if you're on a Windows machine - read onward to see how I've solved it).

Obviously, first you have to make an account on Heroku, then install Heroku toolbelt (it gives you git, foreman, and heroku command line interface) for your environment (in my case Windows): 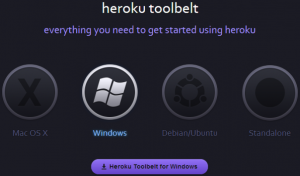 Fire up your command prompt (I use Console2) and run heroku login . You need to have Node.js installed (in case you don't you can download it here).

Write some Node.js app and put it in app.js file:

If you have  package.json  file then Heroku will recognize your app as Node.js app. In order to create it, run npm init  in the root directory of your app. The npm init utility will walk you through creating a package.json file by asking few questions. If you already made your repository on GitHub and cloned it locally then npm init command in this folder will recognize that too and add:

If you wish, you can freely clone my test app from Github: https://github.com/Hitman666/herokuTestApp.git

Next, install dependencies from your code (in app.js  example the required module is express). Use npm install <pkg> --save  to install a package and save it as a dependency in the package.json file. In my example that would be one command:

You have to set a Procfile, which is a text file in the root directory of your application, to explicitly declare what command should be executed to start a web dyno. In our case this would be the contents of Procfile:

Now you should be able to start your application locally using Foreman (installed as part of the Heroku Toolbelt) by running foreman start .

But here the party started :/

In my case foreman didn't start at all, and after a lot of searching, I managed to solve it in few steps. First, I updated my Ruby installation:

Then, according to this StackOverflow post I installed former version of foreman:

Ok, almost there! Lets add our app to git (you should skip the git init command if you already cloned your app from GitHub):

and finally, lets deploy it to Heroku:

To open the app in your browser run heroku open . To push the changes to GitHub you have to execute git push origin master.

*Now that your app is up and running on heroku (my link) you may want to prevent it from going to sleep mode. Some suggestions on how to achieve this are in this post on StackOverflow (I went with UptimeRobot).

**At some point, as I was fiddling with the apps on Heroku's website, I deleted all apps and then the git push heroku master  command from my console was not working anymore, so I had to do:

***Also, I wanted to rename my app and that can be done easily: