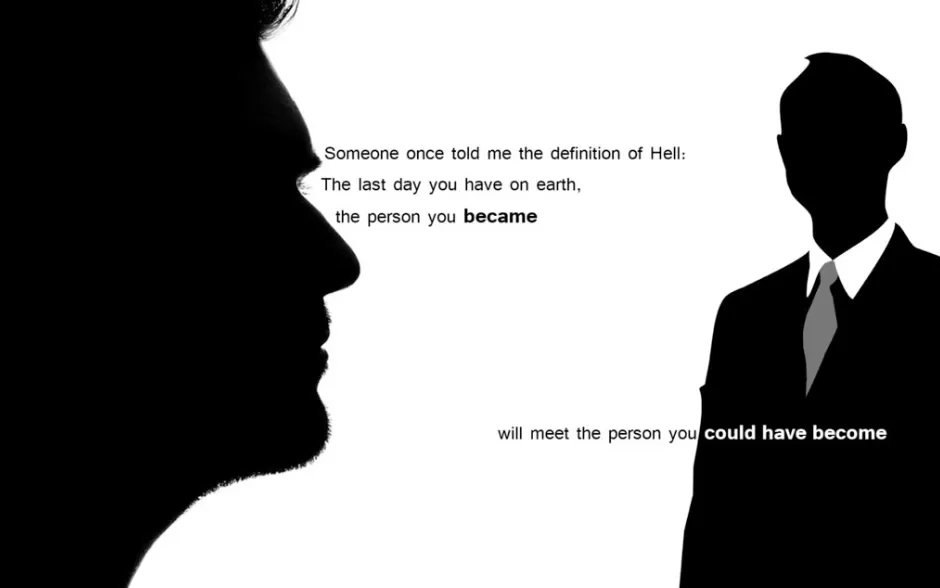 In this new "Daily Thoughts" series, I'm just scratching my own itch. For too long now I've been reading and consuming. Not that there's something inherently wrong with that, but if one doesn't offset that with his own producing, one often falls into the trap of staying a consumer. If you think you know something, or want to learn something about yourself, try to explain it 'on paper'.

Personally, I think best 'on paper', and it's been a while since a wrote a post. So, I'll start small (and build up a habit of daily writing again) by sharing a thought daily. I'll use this as a retrospective a year from now.

Dear readers, feel free to chime in with your thoughts on my thoughts (so Meta; which is popular in its own right these days).

Imagine a world where every individual gives their maximum. Not their neighbors, or their spouses; their own maximum. And imagine everyone competing against the only person they ever truly should strive to surpass - their past self. Would we be better off or worse? Would we solve the problems of today's world that are screaming at our face, or would we continue to ignore them?

I would like to believe that before we 'level-up' as humans, we'll have to start wanting more from ourselves, and then delivering on that desire.