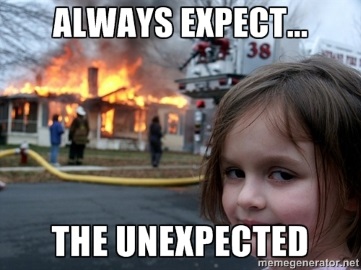 In this StackOverflow question I answered what to do when you get an unexpected token '\u0000' error when using npm install -g to install some package.

As you may know, I'm really into Ionic framework lately and am helping out on StackOverflow with the knowledge I gained so far with the framework. I'm currently #3 in the top All time answerers list.

I answered this question by user Bruce Whealton:

This is probably a Windows specific issue but I haven't found any information when googling this issue. I had been using ionic framework which relies on Cordova (or Phonegap). However, the problem is not specific to any of these packages. I see this error quite often. So, the error is when I run a command such as the following:

However, I could substitute various other packages and get the same error. I'll paste the snippet (very brief) below of the error message. What is strange is that I had an ionic project working in that directory earlier. Then today it told me that ionic could not be found. My hunch is that this is a different issue than the main issue I am describing here.

I installed git bash so I do have a linux-like environment that I could try. I would just select Git Bash for a bash window with various bash commands. If there is an easier way to fix this for Windows users, please let me know. I have seen courses on Pluralsight where the instructors seem to be happily using npm with no problems. Also, when I use yeoman, I also at some point, in many cases, get the same error.
The error is

Thanks in advance for any help/advice, Bruce

Via this question on SO it could be that you just have to do:

But, also try the other methods suggested there like adding the registry option:

Or, if you've been mingling with the package.json file by yourself, check if it's valid.

Why am I getting Unexpected token ‘u0000’ when using #npm install -g package #node https://t.co/mjvmpMKuAT pic.twitter.com/HlqJ5S7PZ5