How to run Node.js server in Ionic mobile app?

As you may know, I'm really into Ionic framework lately and am helping out on StackOverflow with the knowledge I gained so far with the framework. I'm currently #1 in the top All time answerers list.

I answered this question by user Shubham:

I am making an app using MEAN and ionic framework where nodejs is a middleware to connect to the database(mongoDb). I need to run the nodejs server using node server.js and the app using ionic serve. This is my server.js.

How can I run the node server when I convert it into a mobile application? How the application will use the API?

But, usually, this is not the way you would do it (with the port 3000). What you would additionally do is put (for example) Nginx in front of your Node.js app (see an example here) in order to serve your api from the standard HTTP port (80).

So, basically, you can't actually "run Node.js server in Ionic app" - the way you do it is run the Node.js app separate from Ionic and expose its functionality via a standardized API (usually these days RESTis what you would want to achieve) which you then "consume" via Ionic's (well, to be exact, it's actually Angular's) $resource module.

Hope this helps clear things up a bit.

How to run #Node.js server in #Ionic mobile app? https://t.co/8SOUYGM3Vf

M is not for minutes in PHP date function

Why doesn’t window.something throw an error? 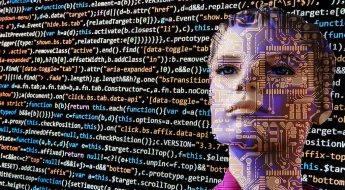 Help me create a list of Hacker Challenge Games

Leave a Reply to Cancel Reply