Over the past year I've tried lots of options for hosting my MEAN applications, and finally I've settled for DigitalOcean. It's true what they advertise - that you can have a SSD cloud server up and running in less than 55 seconds. However, you don't have to go spending your hard earned cash just yet - I have a special deal with DigitalOcean and you can signup via this link and get 10$ immediately, which will be enough for 2 full months of non stop server running. They even provide you with API so that you can control your server, and this tutorial shows you how.

I don’t want to make it look like I’m pushing you on DigitalOcean - you can sign up with someone else if you like, I just recommend them because I had a good experience with them in the past and because it's so easy to get a MEAN stack all pre-installed (more on this in a bit) and ready for use.

Once you complete the sign up on DigitalOcean  you will be presented with a similar screen, as show on the image below, where you have to click on the Create Droplet button: Next, you have to name your droplet (cool name the folks at DigitalOcean chose to call their server instances) and select the size (the smallest one will be just fine here), just as it's shown on the image below: After this, you have to choose a region, as shown on the image below. Naturally, you'll want to choose some location which is closer to your targeted audience.

Now comes the most awesome part. In Select Image section you have tons of options ranging from the barebones distributions (Centos, Ubuntu, Debian, etc.), to the pre-built stacks (LAMP, LEMP, WordPress, ROR, MEAN, etc.) like shown on the image below. Here you have to choose the MEAN on 14.04 option (YMMV on the exact number), and this is awesome because with this droplet you won't have to go through the hassle of installing Node.js, Express and MongoDB as we did in the first tutorial - it will be already done and waiting for you! B-E-A-utiful! Then, just wait a few seconds and your droplet will be ready:

You'll be redirected to the dashboard (once the droplet is created) which will look something like the image below: Connect to the droplet

On your email address you will receive instructions which will look something like on the image below:

Now, using a SSH client of your choice (I'm currently on Windows so not much leeway here :)) connect to the droplet. The image below shows the setting from the Putty SSH client on Windows: You have to connect with the root user and the password that was emailed to you. However, immediately upon logging in you will get a notification that you have to change the root's password, as shown on the image below: Using root user in linux is bad practice, so now you're going to create a new user with the following command:

Of course, you can use any username you want. After this add the user to the sudo group by executing the following command:

The sudo group enables the user nikola to use the sudo command when using some commands that are restricted to root user. You can learn more about sudo here. The image below shows the example of the commands I just listed: and if you visit your ip address on port 3000 you should see: What you now have running is a well known MEAN.js framework. You may have also heard about MEAN.io and you can learn about the difference in my post about MEAN.io vs MEAN.js.

Use your own domain

In case you bought (or have somewhere hanging in the closet from the 90's .com boom) a domain that you would like to use to point to your droplet you have to go to the DNS settings and add a domain like shown on the image below:

Also, in your domain registrar (where you bought your domain - think Godaddy, Namecheap, Hostgator, etc.) you have to set the corresponding nameservers to:

You can learn more about this on the official Digital Ocean guide.

Running your Node.js application by hand is, well, not the way we roll. Imagine restarting the app every time something happens, or god forbid application crashes in the middle of the night and you find about it only in the morning - ah the horror. PM2 solves this by:

To start your process with PM2, run the following command (once in the root of your application):

As you can see from the output shown on the image below, PM2 automatically assigns an App name (based on the filename, without the .js extension) and a PM2 id. PM2 also maintains other information, such as the PID of the process, its current status, and memory usage.

As I mentioned before, the application running under PM2 will be restarted automatically if the application crashes or is killed, but an additional step needs to be taken to get the application to launch on system startup (boot or reboot). The command to do that is the following:

If you want to learn more about the additional PM2 options you can take a look at this post.

Using NGINX as a Reverse proxy in front of your Node.js application

Though this step is not mandatory, there are several benefits of doing so, as answered in this Stack Overflow question:

This configures the web server to respond to requests at its root. Assuming our server is available at http://meantodo.com, accessing it via a web browser would send the request to the application server's private IP address on port 3000, which would be received and replied to by the Node.js application.

Since we chose the smallest droplet version of 512 MB we can use swap to make this droplet perform better. Swap is an area on a hard drive that has been designated as a place where the operating system can temporarily store data that it can no longer hold in RAM. For a more indepth tutorial on this you may want to check out official DigitalOcean guide.

In order to allocate a swap file space execute the following command:

Then restrict it to only root user by executing:

With the next two commands you actually setup the swap space and enable it:

To view the swap space information you can execute:

To enable swap automatically when the server restarts you have to add the following content to the /etc/fstab file:

Additionally, there are two more settings worth changing:

In order to make this change append the /etc/sysctl.conf file with the following content:

If you want to learn more on how to secure your droplet I advise you to go over the steps in the initial server setup with Ubuntu on official DigitalOcean tutorial.

This is actually an excerpt from the 4 part tutorial series I wrote for HackHands. If you like you can also take a look at all those posts combined into one big PDF file via LeanPub: P.S. It's an intentional typo, since if you're proud of getting something in production then it's called a prouduction 😉 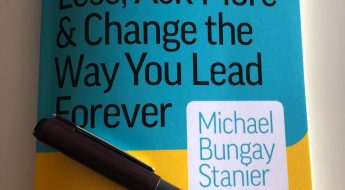 Share a web service on your local development machine with Localtunnel

« Previous post
cordova-plugin-whitelist Error 404 not found
Next post »
Using nginx as a reverse proxy in front of your Node.js application